How to Play Deceit

The first step for every player should be to watch the official tutorial video. It will explain all the basics of the game. The best way to learn Deceit is to play! 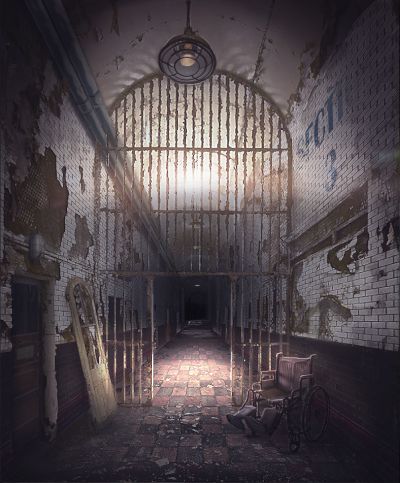 The premise is simple, make it from the bottom floor of an abandoned asylum to the exit on the top floor. The only thing standing in your way? Your friends.

6 of you will find yourselves waking up in a room, 2 of you have been infected with a virus. At first glance the virus has no visual effect... you look no different, you move no different and you sound no different. Until the lights go out.

Periodically you will find yourself engulfed in darkness, during this blackout period the virus can start to take effect, transforming the infected from their human forms into "Terror Forms". During this period they'll run faster, be harder to kill and also gain the ability to execute an Innocent player...

The Innocent players will try and work together to find out who the Infected are, but with very little to work on from the beginning you'll have to find out who you can trust the hard way.

While traversing the asylum you'll find objectives designed to either aid or hinder your escape.

With little to no information at the start of the game it's up to you to work out the best way to escape and who to trust. Is the person who rushes for the camera just looking to save himself or is he infected trying to deny the innocents the chance to use it against him?

These are the kind of decisions you'll have to make in order to successfully escape.

The blackout is a game-state within Deceit. After a set duration, the game will advance to a blackout stage and up to 3 can occur each game.

The most obvious feature of a blackout is that the map becomes significantly darker, hindering the visibility of all players greatly. During a blackout infected players with a full blood bar or who are enraged can transform into a terror.

Blackouts will only end if each of the fuse boxes have a fuse placed into them, these fuses can be found scattered around the map during a blackout. This forces players to split up to end the blackout quickly or move together resulting in a relatively long blackout.

Once the fuses are placed within the fuse boxes, a 10 second timer will begin after which the blackout will end, the doors to the next area will open and players will be forced into the next area by an environmental hazard such as gas or the cold.